Go Up to FireMonkey Applications Guide

There are two types of gestures:

This topic describes gestures for both desktop and mobile platforms:

How to Use Gestures with FireMonkey

For a control to be able to use gestures, the control must have the Touch property.TForm and many of the objects derived from TFmxObject support this property.

To add support for standard gestures for a control, you need to do the following:

Here are the gestures in the TStandardGesture Enum as presented for you to select in the Object Inspector: 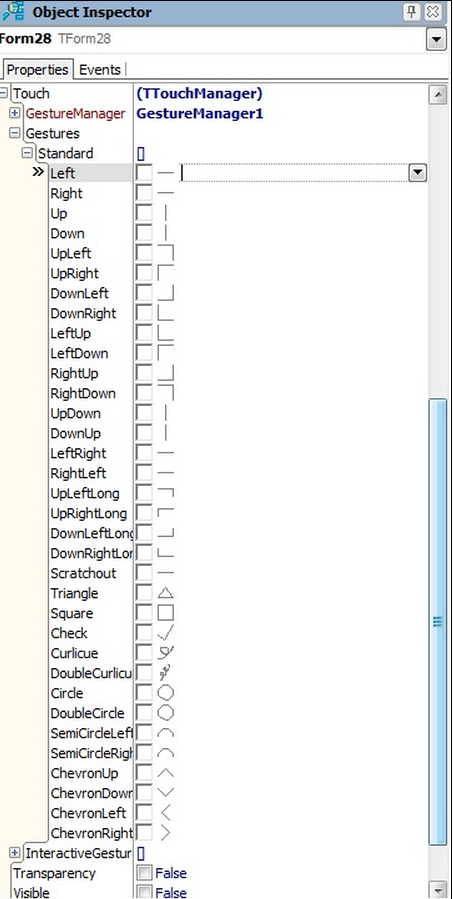 Here is an example of an OnGesture procedure for a TPanel named "Panel1" placed on a TForm named "Form 28" (there is also a TMemo named "TMemo1" on the form). The event handler uses FMX.Gestures.GestureToIdent:

The code above writes in the memo the name of the gesture for which the event was fired (Up, Down, and so on).

To add support for interactive gestures for a control:

Differences between Key Gestures Supported in FireMonkey and in VCL