Go Up to Generating a Script File or Database

Use the expanded Generation Options in the DDL Generation Wizard to support output and input JSON Instance and Schema files.

To generate a script file or database 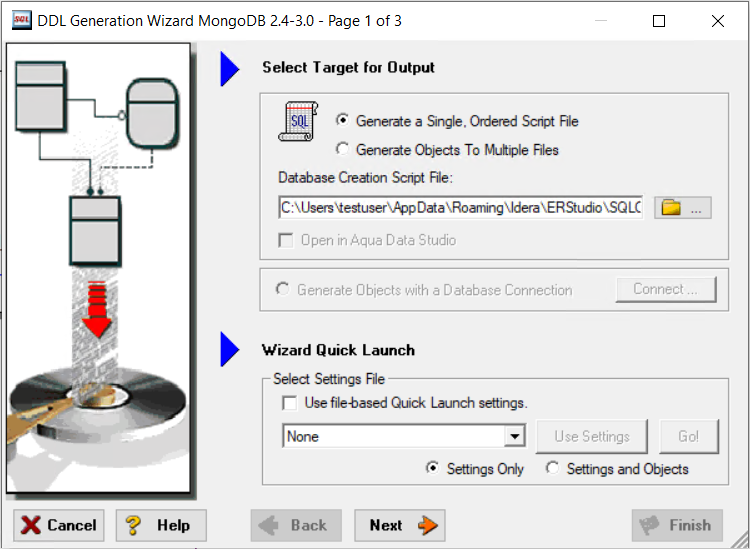 Generate Objects with a Database Connection

This option is not available during JSON file creation.

See how you can load DDL Generation Wizard settings from a file created on a previous session. 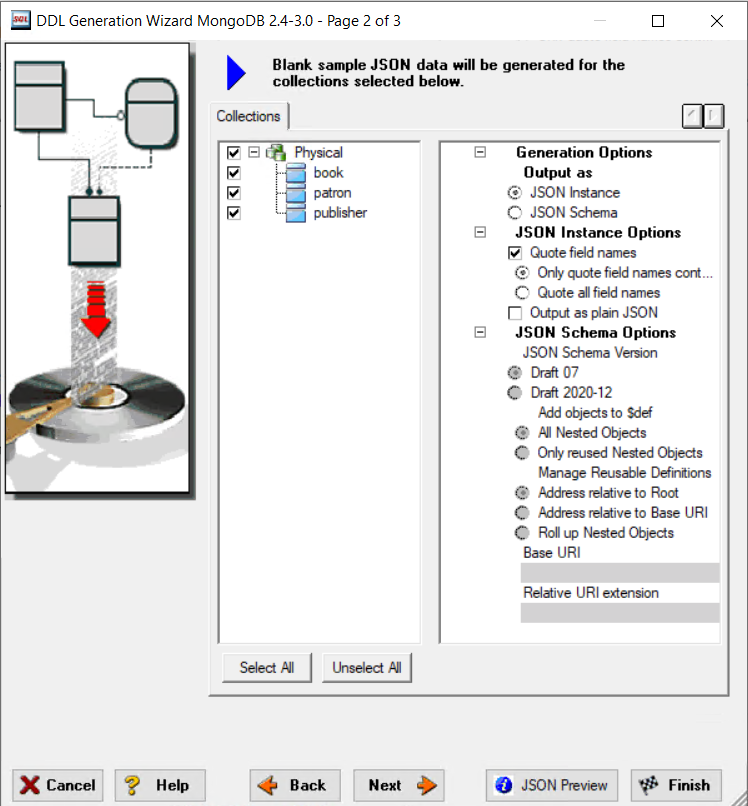 The Generation Options are on the tabs where you select the objects in the data model for which you would like to build the JSON file. Below you can see the explanation of some specific objects.

Under the Collection tab you can select which collections from your model that you want to add to your JSON file.

Use the Generation Options to select how you want your JSON output to appear.

Note: In the JSON tab of the Object Editor, you can choose an option under Customize that generates the JSON as JSON Instance (default) or JSON Schema. The options mimic those in the Generation Wizard and follow all rules of the Customize feature. For more information about this feature, see Customizing the JSON Tab. 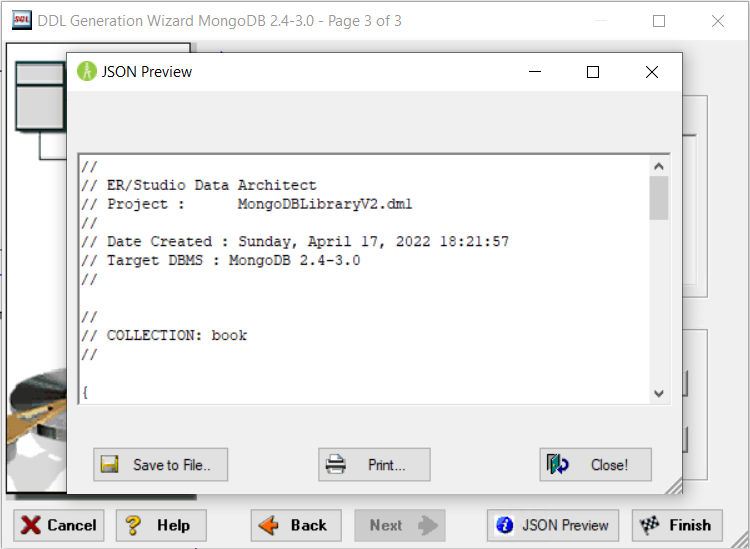 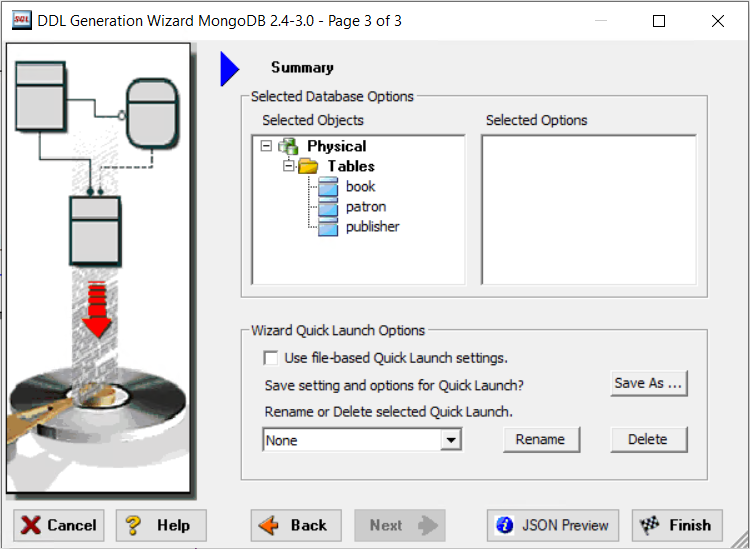 In this page you can check if you have selected all the objects you want to generate on the DDL and the options to do it.

See how you can save the DDL Generation Wizard settings to a file. You can also rename or delete one you have already created.