DelphiLSP.exe is a Delphi language server implementing the Language Server Protocol (LSP). It encapsulates language features such as code completion and error insight. It’s used within the IDE, but can also be used with Visual Studio Code or other editors that support the LSP protocol.

Use the Delphi LSP extension in Visual Studio Code to open RAD Studio projects and perform operations. Follow the steps to open your projects: Install the DelphiLSP extension for VSCode:

To open a project:

Note: Do not check the .delphilsp.json files in the source control because they contain applicable settings to the local machine config.
Note: Open the full project, not single files.

Note: The Delphi LSP extension is activated only when you open a Delphi project (.pas or .dpr file). 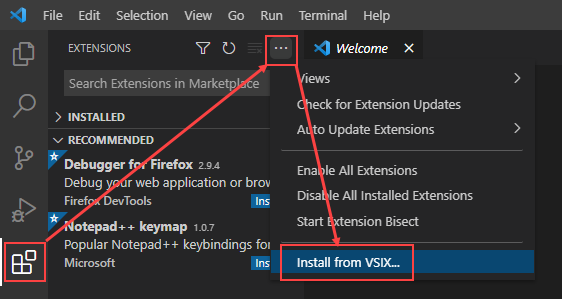 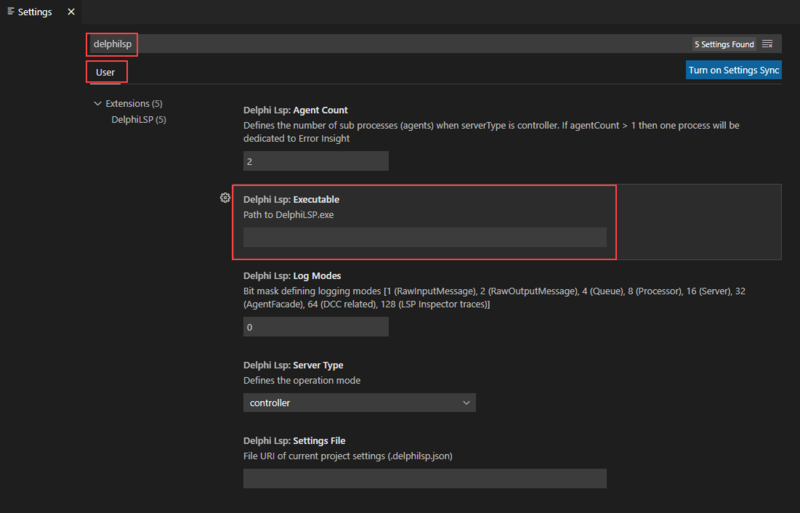 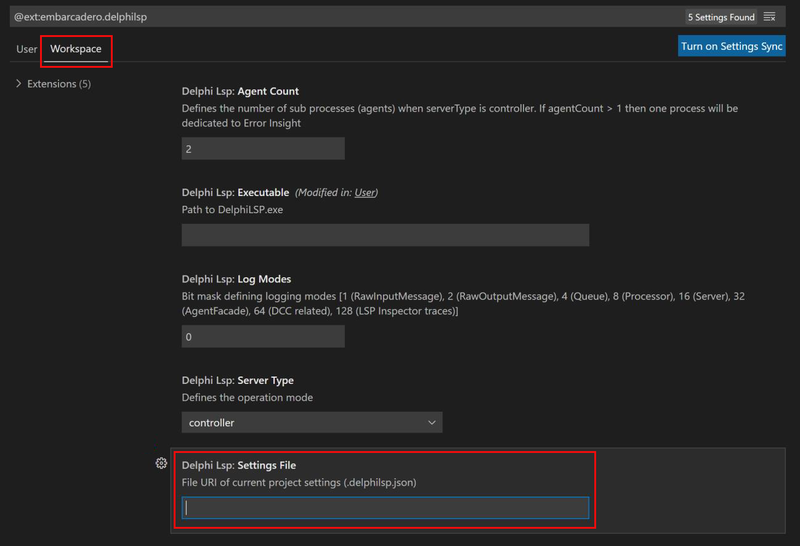 The Settings File must point at the .delphilsp.json configuration of your project.

The .log and .trace files contain important information about system operations. It is helpful to check and analyze them when experiencing errors or undesired behavior.

Note: The .trace and .log files are only created when logging is activated.

In DelphiLSP projects, the .log files are not created but the DelphiLSP extension allows you to check them through Visual Studio Code.

Using DelphiLSP with Other Editors

The following documentation may be useful if you want to test DelphiLSP with other editors. DelphiLSP only communicates over standard (console) I/O. The LSP server will look for a .delphilsp.json file the same as when it is used from within VSCode.

The fields are as follows:

Defines the operation mode of DelphiLSP:

● "controller": The server will spawn agentCount DelphiLSP sub-processes (agents) that work with the controller in order to answer requests. The controller acts as a proxy between the IDE and the agents. When an agent terminates or stops responding to requests, the controller will replace it with a new fresh agent. Requests can be processed by multiple agents in parallel.
Note: We only support, and have only tested, configurations with up to two agent processes. One is used for Error Insight, and the other to handle all other LSP requests, such as code completion. This is one agent and one linter.
● "agent": The server runs in single process mode. The server can only handle one request at a time. It is not possible to get error insight (diagnostics) in this mode.
● "linter": The server runs in single process mode. The server cannot process any language feature requests such as code completion. It is dedicated to error insight. Errors, warnings and hints will be provided through the textDocument/publishDiagnostics notification

The default value is "agent". Use “controller” paired with an agentCount of 2 to get the same behavior as the Delphi IDE and the default behavior of the VSCode extension.

Defines the number of sub-processes to be spawned when serverType = "controller".

The default value is 2.

If true then code completion items will carry some additional information from the compiler. The IDE uses this data to display types of code completion that are not defined in the LSP specification, such as procedure or type.
The default value is false.

If true then textDocument/hover will return a JSON object instead of text/Markdown.
The default value is false.

If true then the settings sent through workspace/didChangeConfiguration will be generated and saved to %currentDelphiProject%.delphilsp.json. When DelphiLSP is used with a third-party editor then it can use this file to get project settings. See the configuration.settingsFile property.
This flag will only be evaluated when used by RAD Studio, and is how Delphi causes the .delphilsp.json file to be created.
The default value is false.

LSP allows custom settings within the workspace/didChangeConfiguration notification, and the following is an example of a valid notification:

It is the URI of a .delphilsp.json settings file that has previously been created with storeProjectSettings enabled. This happens when the Delphi IDE ‘Generate LSP Config’ setting is checked in the Code Insight options.
The ability to load settings from a configuration file is only active when DelphiLSP is used by third party editors. When used from Delphi, the IDE communicates directly.