Note: Hints are supported on Windows and Mac OS X 10.10 or newer. 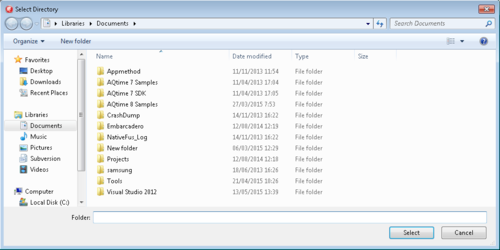