Go Up to Key Application Types 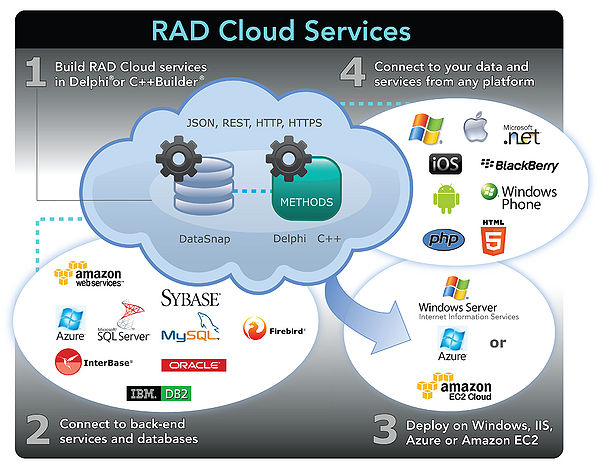 You can connect to your data from mobile platforms (such as the iOS, Android, Blackberry, and Windows Phone 7) using DataSnap Connectors.

DataSnap Connectors is a framework for easy access to the services on a DataSnap REST Server. For more information, go to Getting Started with DataSnap Mobile Connectors.

The Deployment Manager replaces the formal Deploy to Cloud wizard (for Amazon EC2 infrastructure) shipped with RAD Studio. You can deploy your application to an Amazon EC2 server just as you would deploy to any other computer. Developer need to install the Platform Assistant on the EC2 server, then set up a local profile in RAD Studio with the machine name and port of the server. After that, developers will be able to deploy to the EC2 server. If the remote debugger is installed on the EC2 server, then it can be used to debug deployed applications.