The built-in assembler allows you to write assembly code within Delphi programs. It has the following features:

As an alternative to the built-in assembler, you can link to object files that contain external procedures and functions. See the topic External Declarations for more information. If you have external assembly code that you want to use in your applications, you should consider rewriting it in the Delphi language or minimally reimplement it using the inline assembler.

The inline assembler is available on:

However, inline assembly is not supported by the Delphi compilers for the iOS device and Android device.

The built-in assembler is accessed through asm statements, which have the form:

where statementList is a sequence of assembly statements separated by semicolons, end-of-line characters, or Delphi comments.

Comments in an asm statement must be in Delphi style. A semicolon does not indicate that the rest of the line is a comment.

The reserved word inline and the directive assembler are maintained for backward compatibility only. They have no effect on the compiler. 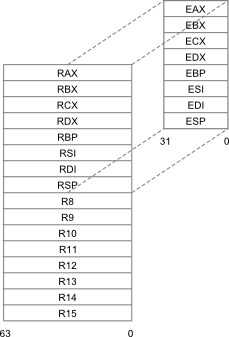 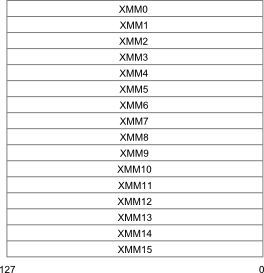 The first four parameters to inline assembler functions are passed via RCX, RDX, R8, and R9 respectively, except for floating-point arguments which use XMMO, XMM1, XMM2, XMM3. The math coprocessor is not normally used from x64 code. Registers used for function parameters can be modified freely.